Consumer correspondent Susan Koeppen tested sunglasses at all price points to find out if they really offer UV protection.

But the question is how long till the cheap pair lenses get all scratched up ..and then you have to go and buy another and another and so on

I'm no research professor, but if one is to conduct a test to determine a physical property of a material....wouldn't one find it best to follow a scientific method?

-The sample size alone of 31 pairs is horribly low to make any proper conclusions.
also 31 is a horribly arbitrary number. Why not 100 or 50.
1 in 31 pairs that's about 3.2 percent of glasses that are not safe, with 100million bought a year (as reported), then that's at least 3.2MILLION unsafe sunglasses!!!!!!!
IS THAT NOT SOMETHING ALARMING??? They write it off as negligible, that's 6.4MILLION eyeballs exposed to UV rays..

-The report did not seem to keep track of what pairs where bought where, what price each one was, blah blah ...a lot of information could have been extrapolated

- Worse of all, the reporters made grand conclusions, and statements based on their "results", and they misinterpreted what the doctor tells them about the "tint" being bad. They are not educating the public, how can they if they don't understand the mechanism themselves...
Wearing sunglasses that were determined to be unsafe, and then admitting it like the reporter did makes you lose credibility, don't reporters NEED credibility? Mispronouncing a word like "Photometer" furthers that lost credibility...

It is my hope that a reporter would be credible and understand what they are reporting, and know HOW to report. Bad methods lead to bad results, that leads to bad conclusions and bad advice.
If one is conducting research then one should understand fundamentals in order to make a SIMPLE report like this effective.

Now i find myself thinking, " What are these reporters doing that I cant? Why do I need them, or why do i need to watch them to be informed? A bit of critical thinking, and I can know more about them on a subject I know little about"

I actuall bought a Perfect 5$ pair of sunglasses. You WILL immediately know if they are good if they are perfect.

Have you tried UV protective glasses. It worked really well for me. I got it at @t

More often than not, one is just paying for the brand name and all the marketing hype and designs for expensive sunglasses. Nice to know that only one failed the test for UV protection.

Anyone here knows if polarized sunglasses means they are UV protected?

Have you tried UV protective glasses. It worked really well for me. I got it at @t

Blue t shirt girl behind trying to impress me... N see i like her ♥️

After all pure glass filters out most of the UV rays. And glass is cheap therefore the producers of cheap shades can offer UV protection to their customers.

60 minutes did a great news story on the cost of sunglasses that people should check out. You really are mostly just paying for a name

I think it's an old model of extreme living inc

Do Car Windows Protect You From UV Rays?

Americans on average spend more than 100 minutes in their cars each day. There are standards in place for UV protection on windshields, but it may not be enough. What can you do to make sure you’re protected?

The Doctors helps you understand the latest health headlines, such as the ice bucket challenge for ALS and the Ebola outbreak; delivers exclusive interviews with celebrities dealing with health issues, such as Teen Mom star Farrah Abraham, reality stars Honey Boo Boo and Mama June and activist Chaz Bono; brings you debates about health and safety claims from agricultural company Monsanto and celebrities such as Jenny McCarthy; and shows you the latest gross viral videos and explains how you can avoid an emergency situation. The Doctors also features the News in 2:00 digest of the latest celebrity health news and The Doctors’ Prescription for simple steps to get active, combat stress, eat better and live healthier.

Where the buy link

That woman in red is horrible. She keeps interrupting when someone is talking!

I think using car wax on the driver side window is helpful, or just wear a hatand turn it sideways like a 2000s gangster

Liers..... the sun produce vitamin d/ hormone which is essential for good health......don't be fool by this big pharma puppets

Hi Dr's! I just wanted to comment about the UV ray problem. About 6yrs ago it dawned on me (literally, and figuratively) that we needed more protection when it came to the sun, especially while driving. So after brain storming with my husband we came to the conclusion that "transition" car windows or tinting windows with transition film would help in many ways whilst driving. UV rays could be blocked dramatically and any accidents from the sun glaring fiercely in your eyes. Don't you agree this is a great idea. I tried to "invent/patent" this idea but I'm a low income mother with no funds. I only wanted to help all of us drivers from accidents and cancer. I saw this episode and it reminded me of my forgotten idea, which makes a lot of sense to apply since most of us spend so much time driving, "we're in 2016" right, just like it was said on the show. Doesn't this make sense, Transition car windows/film, like the eye lense glasses many of us use everyday. (JR mother of 5)

I saw a similar article on people who work in an office with windows lol. I always wondered about the tinting in car windows.

Nice info,,, needed thjs as im a doctor who sits next to the glass window from where sunlight peeps immensely n I had a strong feeling this being the reason for my skin damage

UV Protection for Kids: What you need to know

Kids spend more time outdoors, and their average UV exposure is higher than that of an adult. So, they need added protection from UV light. A high factor SPF, sun protective clothing and sun protection hats can protect your child's skin from harmful UV rays. But what about the eyes? Watch this video to learn how sunglasses and UV protective lenses can give your child the full UV protection they need.

Just watch our next video and learn about UV protection: https://youtu.be/9tWhIi0SXP8

What an eye-opener! We'd like to republish it on Eyezone's social media channels and blog. Please message us. Thanks! 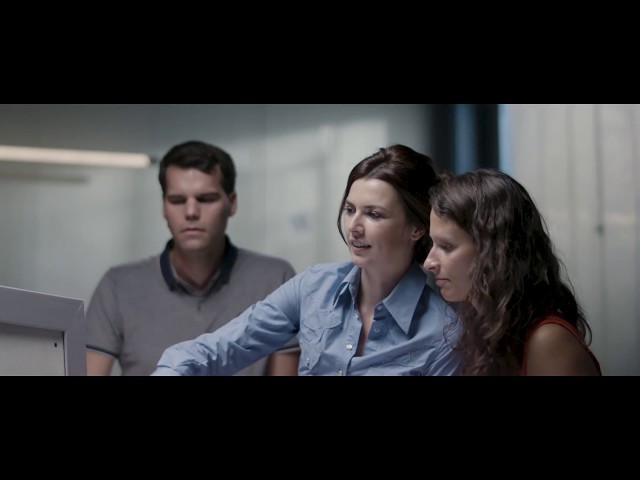